GIVE PLANTATION BOLIVIA LEGAL RIGHTS, THAT IS IMPORTANT AGAINST CLIMATE CHANGE

Bonaire there are major building plans for Plantation Bolivia, a nature reserve covered with vulnerable tropical dry forest. Instead of waiting for a natural disaster to occur, the nature reserve should be given its own rights.

At the beginning of this month, parliament passed a motion (motie) calling for a brake on the development of the dry tropical area ‘Plantage Bolivia’. The area has a protected nature destination (open landscape) but may be redeveloped. The reason is the purchase of Plantation Bolivia by a project developer who wants to build homes there. To do this, the zoning plan has to be changed. There are indications that great pressure is being exerted on local politicians and civil servants to this end. 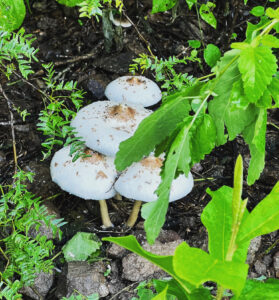 Apart from the fact that there is sufficient space for the new housing needs on Bonaire, the area is a vulnerable and unique nature reserve in the Antilles.

Plantation Bolivia is located in the northeast of Bonaire, is approximately 3,000 hectares and makes up 10 percent of the island, with the 15 km coastline bordering pristine coral reef. The destination of the area is ‘open landscape’, in order to preserve the landscape and natural values for now and future generations. So, it is not allowed to build. It is the largest dry tropical forest of the Antillean islands, which is classified by Wageningen University, among others, as an ecologically valuable area with a unique (terraced) landscape.

Not only will the essential ecological main structure (the only north-south corridor) of the island be destroyed by the planned housing development, but it will also have an impact on indigenous cultural heritage, as the housing will be built near the Caves of Spelonk and Roshikiri with rock paintings of the first inhabitants of the island. The locals are very concerned about this.

Protest from islanders also focuses on the fact that Plantation Bolivia was bought by a foreign investor (entrepreneur Meine Breemhaar bought the estate at the end of 2019 for 12 million dollars) who aims at luxury holiday homes for Europeans and Americans who come to enjoy the untouched nature, nature that is being destroyed by the project. This is seen by some as recolonization of the area (13 mei 2022 JOOP/BNNVARA).

In doing so, the old notion of ‘development’ is released onto the area to hide the fact that it is about earning (at least) 100 million dollars by a Dutch millionaire and the comfort of foreign tourists. The offer of a nature organization to buy the area for twice the purchase price (twice 12 million) was rejected by the project developer.

The area is of great importance for mitigating climate change through its corridor, tropical dry forest and adjacent coral reefs. The coral reefs hold back the sea, the forest holds fresh water. Much needed when the climate becomes drier. Replacing old forests with new forestry for climate mitigation occupies thirty times more land.

As newspaper Trouw reported at the end of September, the Dutch state is doing too little to protect Bonaire against the rising sea level and Greenpeace is therefore filing a lawsuit against the state together with the residents for more climate policy and research in the Caribbean Netherlands. The conservation of the area is in line with the United Nations Prudence principle for Small Island Developing States (SIDS) management.

A sustainable solution for a nature reserve such as Plantation Bolivia is to give this area legal rights, as recently happened with the Spanish lagoon Mar Menor in Murcia (Volkskrant), which was so polluted by the surrounding (agricultural) industry, among other things, that massive fish deaths occurred. Instead of waiting for a natural disaster to occur, it is better to take preventive action by giving rights to the area.

In that case, a governance structure is being set up in which various stakeholders have a seat: local residents, including any indigenous people present, companies with an interest in the area, government agencies and regulators, and researchers who can monitor the ecological quality of the area.

An earlier precedent for this has also been set in New Zealand, where indigenous peoples claimed territory. This was solved by making the area ‘its own’, a notion that is propagated by indigenous peoples who only know the right to use the earth. This is in stark contrast to Western man’s notion that man is above nature, has control over it, can make it property and use it in the name of development and civilization.

We need to move towards a different relationship with nature that recognizes its intrinsic value. When granting natural rights, the area must be respected in its natural cycles. [no development] In conjunction with this, the use can be determined.

This is different from a protected nature reserve where no human activities are allowed to take place. This new view can teach humans to live in harmony with nature again and increase nature’s biodiversity, rather than harm nature. Make Plantation Bolivia an area where the rights of all life are respected. This is to protect people against natural disasters, climate change and the urge for endless multiplication of property.

ABOUT THE AUTHORS
Dorine van Norren is public servant and researcher at the Van Vollenhoven Instituut voor Recht, Bestuur en Samenleving [Institute for Law, Governance and Society]. Wilma Nijland is spokesperson of the Foundation Save Plantation Bolivia.

HELP US TO SAVE PLANTATION BOLIVIA FROM DESTRUCTION!